Gigi Make Paradox (Where the Hell is Tesla? Book 3) 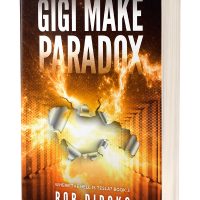 by Rob Dircks
The Third book in the Where the Hell is Tesla? Trilogy is HERE! Listen, having kids is great, my little Gigi Collins and Pete’s daughter Hannah are sweet little fluffs of cotton candy, spun from the silk of fairy spiders who live in the clouds. But MAN, can they cause trouble. Seriously, you’d think a two-year-old couldn’t possibly threaten the very existence of our physical reality, but, well, you know where this is going. Read More about “Gigi Make Paradox (Where the Hell is Tesla? Book 3)”… 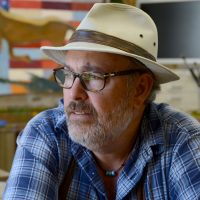 Doug Reina is a cartoonist, whose work has been published in magazines, including The New Yorker, and also with King Features Syndicate. As a young kid growing up in an artistic family, Doug’s cartooning style was influenced by the artwork of Saul Steinberg, Charles Addams, Sam Gross and Robert Crumb. When he’s not making cartoons, Doug makes paintings; he is an award winning artist, whose studio is based in Setauket N.Y. Read More about “Doug Reina”…

This artical is still blessing people, Rob. I've been scouring the interwebs for GarageBand setting help for Audiobooks. I haven't found ANYTHING as helpful as this article on YouTube or…

I can actually hear your sigh. Rich blessings to you, Paula, in the new school year. Michael

Timely thoughts and a little sigh of recognition. Paula

I try to keep it to digital, offering three file types: .MOBI, .EPUB, and .PDF. (Most people from my experience wind up using the .MOBI). I also have a handful…